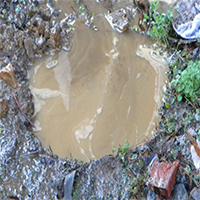 This is the highest ranked project among all projects on the CIP with an estimated cost of $25,000. We are consistently losing about one million gallons of water per month that we do not know where it is going. This is after adjusting an estimated loss for leaks that we find and repair. A loss of this magnitude represents a unaccounted for water loss of 23 gallons per minute, every minute, every day of the year. On a monthly assessment, this loss represents 25% of our total water sales.

Operating a well costs only pennies. If we were to reduce our unaccounted for water loss from 33% down to an acceptable
8%, we would not realize more than $200.00 per month in savings. However; in the long term, recapturing this water could generate tens of thousands of dollars in revenue, because as the City grows this water would be available for sale rather than forcing us into a buy/sell relationship with the CCWSA which is costly.

There are several courses of action the City can take on this project. One is to hire an outside firm with high tech equipment to come in and monitor the system, “listening” for leaks. Many systems have had great results with this approach. We have had two companies provide us with a one day sampling of their capabilities. Neither achieved results.

Another approach would be to install insertion meters in our lines outside the core city and match those readings with meter readings from customers downstream. This could only be done on segregated lines, as readings in the core city would be skewed by the fact that almost all of our lines are now looped.  ONGOING 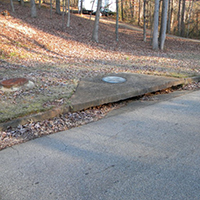 Accomplishment of this task is a mandate of the North Metro District. We have no existing maps of our system. Initially it is our intent to develop a base map that simply overlays our existing infrastructure onto a road map. Items such as cross drains, catch basins, drop inlets and detention ponds could be shown on map as a geographical location. 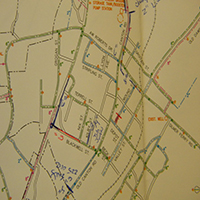 Accomplishment of this projected is mandated by the North Metro District. This is a 3 phase project. Phase 1 consists of base map creation, phase 2 would be adding valves and fire hydrants to the phase 1 map, and phase 3 would add water meters to the phase 2 map. Total cost of all 3 phases would be estimated at $15,000.

We currently have a base map that is approximately 75% complete for phase 1. Anticipated cost of finishing phase 1 will be approximately $3,000.

Phase 2 will consist of in house employees physically marking the locations of valves and hydrants on the base map, and then having our engineer import that data into the mapping software. Again the cost should be minimal and should not exceed $5,000.

Phase 3 would be for the engineer to send crews to obtain the actual GIS data from every sing valve, hydrant and meter and then redrawing the water lines on the base map to match precisely with the GIS pinpointed valves. Phase 3, although very beneficial will not have to be accomplished to achieve district compliance.
COMPLETED 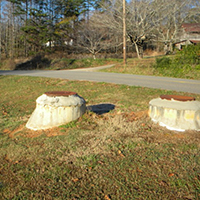 Accomplishment of this project is mandated by the North Metro District. This is a 2 phase project. Total estimated cost of the project is $10,000.

Phase 1 would be to have our engineer construct a system wide map by taking the initial system construction map and updating it to include the infrastructure shown on plans for all of the new developments and contributed assets. This can be accomplished for approximately $2,500.

Phase 2 would be for the engineer to send crews to obtain the actual GIS data from every single manhole, air relief valve and lift station, and to pinpoint it precisely on a mapping document. Estimated costs for completion of phase 2 will be $7,500.
COMPLETED 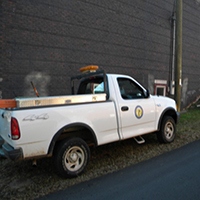 All four vehicles in public works have in excess of 100,000 miles. Three of the four vehicles were purchased through state surplus, meaning that another agency believe the vehicles had reach their life expectancy. With the type of use our vehicles see, and with the nature of our system that sees limited driving distances, the purchasing of used vehicles is considered to be prudent.

With the strain on budgets state wide, surplus vehicles are rare, or are at least in very poor condition by the time they reach the surplus yard. Although our intent is to acquire used vehicles to replace our vehicles in the worst condition, it may be through local dealerships.

The need is to obtain a utility truck that could be pre-loaded with leak repair materials and equipment, and also to
obtain one small pick-up truck in good condition to replace our two oldest vehicles. Total Cost at $15,000.  SCHEDULED FOR 2015 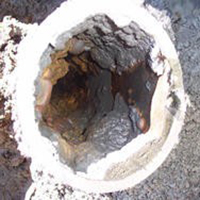 Once mapping of the water system is complete, we will then be able to determine exactly how much asbestos concrete pipe is in our system and also be able to develop a replacement plan and cost estimate.

We believe some grant dollars may be available to assist with this project.

Although we have experienced absolutely no difficulty with our lines, we are aware of some older systems where the line is beginning to deteriorate and sending particles and fibers to the customer. This could be a result of various chemical contents in the water in those locations, however, long term we need to plan for the eventual abandonment of these lines. 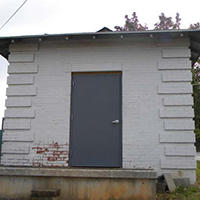 These estimated cost of this project is currently $40,000. This includes the cost of the driller and the geologist.

The test location would be in the northeast corner of the six acre tract of property owned by the City, directly behind the Community Building and Softball  field. A test by a previous company results in water, but because of the size of the drill rig, and the depth of the well, they were unable to complete the job.

If the adequate water is found the well could be developed, for an estimated $150,000 in cost, or the well could be tested an capped, and developed at a future date when the demand for new water was on the system. SCHEDULED FOR 2015 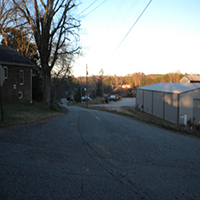 In the early years of the Ball Ground Water System, a one inch line was installed on the south side of Commerce Line, but was run behind the houses instead of next to the road.

Over the years several of the residents along Commerce Lane brought in large quantities of fill dirt to establish back yards in an area that was previously a steep drop off. In doing this, the water line servicing these homes became deeper and deeper. In places we now estimate the depth to be at or near ten feet deep. This is a depth beyond our ability to repair. In addition to the depth, the line is galvanized, which is now proven to be a substandard material for water lines.

This project would require the accomplishing of four separate bores underneath Commerce Lane and the installation of new services lines to 7 customers. Meters would be moved from behind the houses to the right of way on Commerce Lane. Estimated cost of the project is $10,000.  SCHEDULED FOR 2016 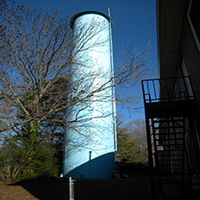 At current customer levels our water storage is adequate. However; by the time each of our platted subdivisions is built out, we will not have sufficient storage room for water. Ideally we should have the ability to store a 24 hour supply of water. Currently we have 1.4 days storage (on average). At times, during peak demand we only have 1.1 days worth of storage, but this is on our highest consumption day of the year.

The most cost effective way to add additional storage would be to construct a 250,000 gallon ground storage tank on property that would need to be acquired from the Roberts family, right next to the existing 110,000 standpipe tank behind Ball Ground Baptist Church.

The existing clear well and pumps from the standpipe tank could be modified to also accept water flow from the new tank, ultimately increasing our storage capacity. We may also want to consider installing a 300,000 tank and simply take the standpipe tank out of service. Estimated cost would be in the vicinity of $300,000. SEEKING GRANT FUNDING 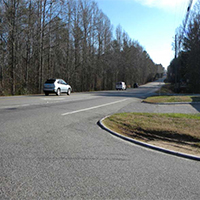 This project is the lowest in priority according to our scoring method, however; it could also rise up the list very quickly in the event the possibility of a public/private partnership were to develop.

In order to accomplish this project we would need to acquire land from the Ball Ground United Methodist Church for the construction of a lift station. A force main would then run south along Canton Highway to the vicinity of Densmore Street. A gravity line would be installed north towards Holcomb Crossing on the east side of Canton Highway following the lowest terrain. Estimated cost is $750,000.

An alternative, if desired by private entities would be to install a small grinder pump station at the Holcomb Crossing shopping center and install a force main along Canton Highway back south to Densmore Street. Estimated cost would be approximately $250,000. This would need to be a private project since it would only serve one property.
SCHEDULED FOR 2015

— Back to Capital Improvements Plan —