Office of the City Clerk

Appointed by the Mayor and Council, the City Clerk is the official record keeper for the City. Duties include recording and maintaining the Council’s official actions in the minutes, coordinating and distributing the agendas, maintaining contracts, ordinances, resolutions and agreements for the City, attesting signatures of the Mayor and Council, and keeping the City Seal. The City Clerk oversees the adoptions and publishing of the Code of Ordinances and helps to ensure that all open record requests are in accordance to the Open Records Act. 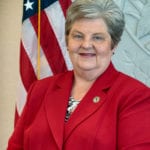 About the City Clerk…

The City Clerk also serves as the Superintendent of Elections for all City Elections.