The Ball Ground City Council consists of five members elected at large by the residents of Ball Ground. In order to qualify as a candidate for office, an individual must be at least 18 years old and have been a resident of the City of Ball Ground for at least twelve consecutive months prior to the date of qualification. Each post is elected City wide, and a candidate may simply choose which post number they wish to seek election to. Council terms are for four years.

Andrenia Stoner is a life long resident of Ball Ground. Andrenia has one daughter, Julie.

Mrs. Stoner retired from Lockheed Martin Company after 38 years of service. She is very active in her community and is always willing to lend a helping hand.

Andrenia serves as Chairman of the Natural and Historic Preservation Committee and is a member of the Georgia Municipal Association.  Council Member Stoner was instrumental in achieving the Downtown Historic District designation. 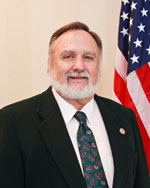 Lee Prettyman has lived in Ball Ground since 2002. Lee came from the Reno, Nevada area where he operated a business for 22 years. Lee retired to Ball Ground with his wife Judy. They have 2 children and 2 grandchildren.

Lee serves as Chairman of the Public Works Committee. He is a member of the First Baptist Church of Canton, Ball Ground Masonic Lodge, Ball Ground Lions Club, Cherokee Chamber of Commerce, and Georgia Municipal Association.

Council Member Prettyman is Chairman of the Public Works Committee and is a Member of the Committee for Recreation and Parks.

Frank Homiller has served on the Ball Ground City Council since 1992 and currently holds the title of Mayor Pro Tem.

Frank is a member of the American Association of Physicists in Medicine, The Cherokee County Chamber of Commerce and The Georgia Municipal Association.

Council Member Homiller serves as the Mayor
Pro-tem for the City of Ball Ground and serves on the City’s Executive Committee.

John Byrd has lived in the City of Ball Ground since 1990 with his wife Sharon. He has four children.

John  is a uniquely talented artist and musician. He lends his talent in many ways to the community. 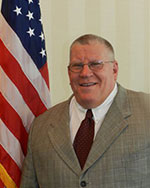 Mickey O’Malley has been a Ball Ground resident since 1990. He lives in the Cherokee Village Community with his wife Bess, and sons Michael and Patrick.

Mickey is currently employed by the Cherokee County Board of Education. He retired from AT&T/Lucent after 25 years of service.

Mickey is very active in the community serving with the Creekview Booster Program, Ball Ground Baseball Association, the Cherokee County Youth Basketball Program, and serves as Chairman of the City of Ball Ground Parks and Recreation Committee. Mickey is a member of the First Baptist Church of Ball Ground.

Council Member O’Malley  Chairs the Committee for Recreation and Parks and serves as a member of the Public Safety Committee.